In 2008, she graduated from the Kolomyia Institute of Vasyl Stefanyk National Precarpathian University majoring in Ukrainian.

2008–Present – a research staff member at the Local History Museum “Hutsulshchyna” in Verkhovyna.

From a young age she was fond of embroidery and beading, the love of which was cultivated by her mother Vasylyna Kutashchuk.

Since 2003, she has taken part in various festivals, regional and district holidays, for which she picked up awards. She is a regular participant of academic, research-to-practice conferences of the district and region.

Participant and recipient of a prize in the embroidery and beading category at the VII rally of creative youth Hutsulshchyna in the town of Vyzhnytsia-Banyliv in 2003.

Halyna Kutashchuk is a long-time participant of the “Mountain valley bonfire” (Polonynska vatra) holiday, the Putyla district traditional celebration of going out to the pastures, the International Hutsul festivals, “Days of Hutsul culture”, Kyiv, regional, district festivals as well as other public events.

Natalya Trefyak graduated from the Kolomyia Institute of Vasyl Stefanyk Precarpathian National University with honors in 2006.

2006–2008 – a teacher of the Ukrainian language and literature, facilitator at Kolomyia educational facility No. 7.

September 2010–Present – a teacher at the Department of Linguistics of Ivano-Frankivsk National Medical University and a teacher of philological subjects at Kolomyia Pedagogical College.

2015–Present – Assistant Professor at the Department of Linguistics of Ivano-Frankivsk National Medical University.

2013 – Certificate of merit from the Department of Education, Science, Family, Youth and Sports of Ivano-Frankivsk Regional State Administration.

2016–2017 – a student of Precarpathian Faculty of the National Academy of Internal Affairs, special field “Law”, field of expertise “Civil law’.

2007–2018 – a teacher of social and domestic guidance in Pechenizhyn specialized boarding school. 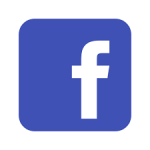